Back on the Sexpo bandwagon

It's hard to believe it's been a full two years since I was handing out pink fluffy handcuffs to the Perth media set to promote the arrival of Sexpo to town.

But indeed, Perth's naughtiest four day event is back from 26-29 May at the Perth Conference and Exhibition Centre. And this year we gave out pink feather boas - far more tasteful!

Today's Inside Cover in The West Australian drew attention to the fact that even Kevin Rudd is following @SexpoPerth on twitter... we're working on Joe Hockey as the opposition representative! 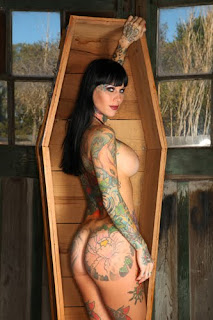 McGee will be sliding between the sheets in a custom-made four-poster bed at Barrack Square on Wednesday, 25 May and she wants Perth couples to join her.

‘Bombshell’ will be looking to set a new record for the most people in one bed at the same time and kick-start the world’s biggest adult lifestyle show.

If you're interested in participating in the bed record attempt you can register by emailing April at april@sexpo.com.au or by direct message on twitter to @SexpoPerth.