No pain, no game 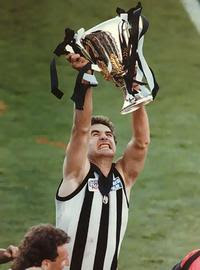 I stumbled across an article online recently from The Age in 2005 in which former Collingwood and Fitzroy ruckman James 'Killer' Manson discusses how football may well have cost him the opportunity to become a father.

Indeed, eight groin operations and countless cortisone jabs have landed him with a virtual vasectomy... a big price to pay in the quest for an AFL Premiership.

This weekend there is no doubt that a number of players would have been playing with the help of cortisone and local anaesthetics. Hawthorn's Luke Hodge was spitting up blood a week ago and would almost definitely have been on the boundary on Saturday, but there was a shiny cup at stake and indeed, his role in the game was pivotal.

His team mate Trent Croad hobbled off with a broken foot... broken in that game, or a fracture that was made worse because he played on the injury?

Former Collingwood player Mark Orval was touted as a future champion, but 15 minutes into the second quarter of his seventh game for the club he was finished. This is a quote from an interview I did with him back in October 1999 for The Footy Show Magazine:

"Fifteen minutes into the first quarter I went to turn and 'bang' it (foot) just snapped. All that artificial bone and the bone taken from my hips just snapped. I've got a tape of the game where you see me getting a needle in the huddle at quarter time... that was the last I saw of the number 10 jumper."

I've watched that tape and I still wince at the thought. Last week I had two cortisone / local anaesthetic injections in my right wrist and I can't remember anything quite so painful in my life.

James Manson, who I also interviewed for that feature on drugs in AFL, is no stranger to the needle either. Here's an extract from my article that paints a pretty clear picture of why he's in the position he is today:

James Manson is a big bloke. He shakes hnds like a big bloke. From the outside, you'd think his 6'4" frame was still more than capable of chasing the leather on the field. It's got to be said that the former Collingwood and Fitzroy ruckman looks pretty fit at 31 years of age. but something's wrong with this picture.

The furrowed brow and clutching of the stomach has me puzzled. He notes my gaze and offers an explanation.

"You wouldn't believe the size of this hernia," he says pointing at a spot just above the belt line.

"have you seen a doctor?" I ask, a little distressed at the thought of what's under there.

"Nah, I'm so used to them these days I just poke them back in myself." These are the words of a man who obviously has more to worry about than straining a hamstring or catching a cold.

The hernias - a condition where one's insides protrude through the stomach wall - are the result of years of groin strains, Manson tells me. He had his first groin reconstruction in 1986, in just his second year playing with Collingwood and the rest as they say is history. Bad history.

"The thing that concerns me most about my groin I that I've had that much cortisone pumped into it, I've lost count. One season I tore my groin but just opted to play the season through instead of having the op - God knows what it's done to me," Manson recounts, shifting uneasily in his chair.

"You hear certain reports about how many shots you're supposed to have in a year and I can tell you, I've had a lot more than my recommended dose. It's funny, a well known Melbourne vet once told me they stopped giving cortisone to racehorses 30 years ago. That really worries me," he says without any trace of a smile.

Now we do know what it has done. I haven't caught up with the latest on whether he has been succesful in having children, but watch this space...
Posted by Cookster at 1:56 pm 7 comments: 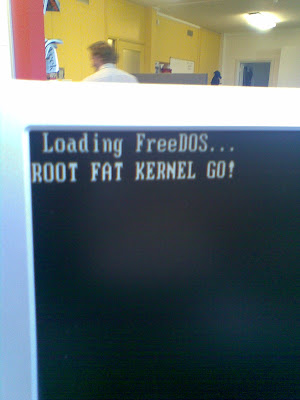 Root me stupid – PR man Phil got quite the shock when he booted, or rooted up his computer only to be confronted by this blunt message.

We’re not sure if he’s being encouraged to sex up a small piece of corn, or it’s a typo and he is being urged to bend The Colonel over the front counter at KFC and play hide the drumstick...

Could be that he's contracted a nasty little virus, or simply plugged his USB into the wrong port. You know what they say, any port in a storm...
Posted by Cookster at 10:13 am No comments:

There's a smell of burning flesh hanging over West Perth and it aint coming from the aged porterhouses on the grill at Juliano's.

Colin Barnett has bought the farm and signed a deal with Brendon Grylls to form a tiggy touchwood Liberal - Nationals alliance to govern Western Australia for the next four years.

The charred flesh caught on the whipping westerlies down Hay Street could be mistaken for a celebratory lamb spit, but the akubra-fanned flames have bagged themselves a bigger catch - the carcass of the recently deceased Carpenter-led ALP government.

Yes indeed, the farmers have shed their 'pull on' ties and poncy leather loafers, to slip smuggly back into the blunnies and drizabones for some serious celebration.

While the metro crew cosy up to their bush buddies around the Parliament House camp fire, knives are being sharpened in the ALP war room. The farmers are in charge and very soon everyone will feel the sharp edge of their shears.

It's 12.20pm on a bleak Sunday in Perth. Here in the western suburbs the faint pop of champagne corks is carried high on the wind, drowned out only slightly by the thrum of rain on the colourbond roof.
Posted by Cookster at 12:09 pm 2 comments:

The farmers are in the House

The farmers are loose in Parliament House and Brendon Grylls has the keys to the liquor cabinet.

It's time to call in the national guard - don't worry about those indo shark fin snatchers up north, we've got rural types drunk on power and it's gonna take a flotilla of patrol boats to reign them in.

From paddock to parliament, these boys have already started whooping it up and it's getting ugly. Snorting coke off hookers' backsides in the public gallery, body shots on the Speaker's Table, guzzling straight Bundy from filthy Blundstones... god help us if someone sends in the hallucinogens.

Seat sniffing and bra snapping is an entree for this mob. The blood is rising faster than the vomit slick on the member's toilet floor and there is a call for a sacrafice... It's come to this already. Carps is running, Buswell is curled up in the foetal position, McGowan is wearing a floral blouse... 'kill the pig, kill the pig!!!' 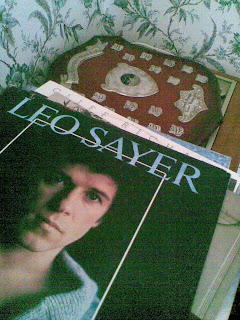 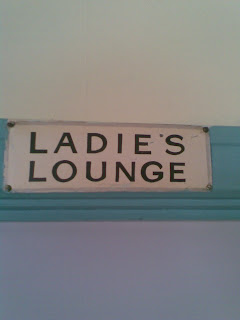 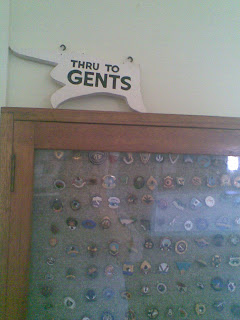 As election day snuck up on me like a lingering fart in a supermarket aisle, all I could think about was the insidious pain that continues to gather strength in my arthritic wrist.

Could I be feeling sympathy pains for Carps in my carpal region? Do I have a wrist that predicts political changes, just like some people can tell when rain is on the way?

I'm an outcast here in leafy Floreat. A battered man clinging to the bloated corpse of Brian Burke, desperately trying to stay afloat in a cruel sea of neo conservatism. The sharks are circling, taking sly snaps at mein host's greying flesh, waiting for me to lose my grip and sink below...

The local ALP candidate is hopelessly outgunned. There's no champagne on ice. In fact he's too young to drink - we hear he'll be showing his face at the local polling station once the soccer final is over. Another 10 years and the boy might be ready to step into the fray in a seat like Kingsley, where grinning ex-Brits are gathered around sausage sizzles, whinging about daylight saving and calling for graffiti vandals to be whipped in public.

Another handful of Voltarin and what the hell, let's wash it down with a slug of the Black Douglas the wife saves for Irish Coffee nights. It's going to be a long day and as I heard Shaun McManus say at a breakfast yesterday, 'that light at the end of the tunnel could well be the 7.35 to Fremantle.'

Time to head back to The Worst of Perth live election coverage...
Posted by Cookster at 10:20 am 3 comments:

Crikey Col, you were a bit cranky with the Woolfe boy on 720 ABC radio just then!

I know there's hundreds of vol-ou-vants and horse's doovers to knock up before tomorrow's shindig. And the missus needs the labs cleaned and polished. But to get all uppity and claim that this is THE most engaged you've ever seen WA voters during an election campaign, is clearly the rantings of a man who has smoked way too much herring... waaayyyy too much!BTW, have you moved on to the octopus already?

And Carps, if you play down your chances any further, you'll be conceding and handing over the keys the the Statesman before a single vote is cast in anger.