Catch an acoustic performance By Michael Gabriel and his Quixotics, featuring his newly written song, 'The Don Walker Blues'.

ALSO The 'New and Improved' Long Strides without the bass player and second guitarist.

When asked what happened, singer songwriter and lead singer Matt Jenkins was posting on his Twitter account: 'There's no room on these tiny stages for my style, cute butt and sexy lips. I had to clear my head and five instruments was too much clutter. My new vision of the music is simple, and I am a slave to that single vision.

'It is a simple chain saw pop song with a thumping rhythm, and tasty morsels of meaty guitar. No bass no extra guitar no fuss!! Hey it's not like I shot them. I just fired their arses. My vocal chords are an instrument of andemic proportion and they needed more space.'

Also playing, the no mess no fuss FAGS will shake it just before their big Day Out Gig, not available for comment at the time of writing.... 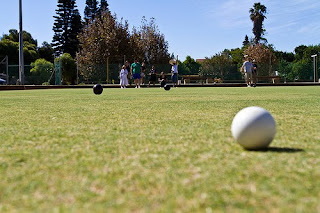 More than a dozen local bands and musicians will take to two stages, indoors and out, with plenty of other activities to keep people of all ages happy.

Entry: Adults - $10 Kids - free.
Woodfired Pizzas
Jumping Castle until sunset
Free bowls
Heaps of prizes and giveaways, bring your friends and have some fun for charity :)