Bring out your Ted!

Okay Perth, it's time to dust off your favourite soft toys for what will be one of the funniest nights of the year...

I've got 20 double passes to give away for the Perth preview of the hilarious new Seth MacFarlane film 'Ted' at Event Cinemas Innaloo on Wednesday 4 July. Sound good?

To be in the running to get your furry paws on one, all you need to do is post a pic of your favourite soft toy doing what they do best on the Freocookster Promotions facebook page, or on twitter using the hashtag #TEDperth, OR BOTH! (make sure to include @freocookster in the tweet).
I'll pick my favourite 10 piccies and another 10 names at random, letting the winners know on FRIDAY 29 JUNE. The film starts at 6.30pm, so you will need to collect your tickets from me at the cinema on the night from 6.10pm.

About Ted
Family Guy creator Seth MacFarlane brings his boundary-pushing brand of humour to the big screen for the first time as writer, director and voice star of Ted.  In the live action/CG-animated comedy, he tells the story of John Bennett (Mark Wahlberg), a grown man who must deal with the cherished teddy bear who came to life as the result of a childhood wish…and has refused to leave his side ever since. 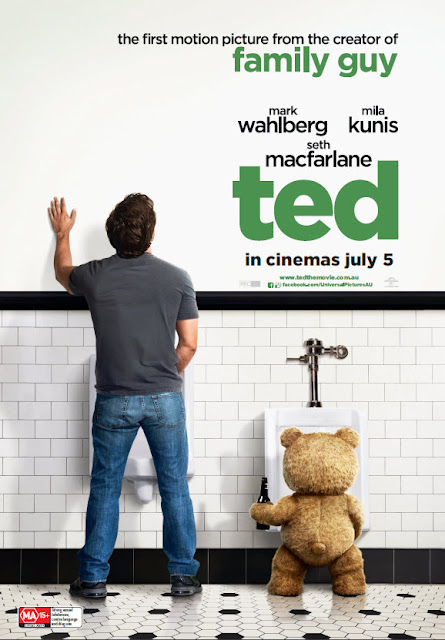