Christmas Lunch in the Park 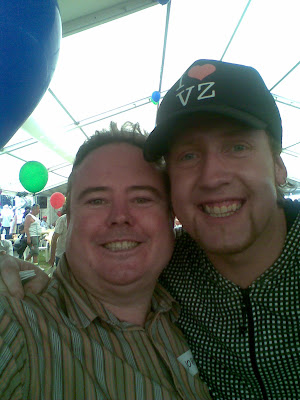 Thanks to everyone who helped make this year's Mission Australia Christmas Lunch in the Park such a great day for the 1,400 men, women and children who came along.

It was my first 'CLIP' and it was a hectic few months in the lead-up to what is without doubt Australia's biggest charity Christmas lunch, but the end result is worth its weight in gold.

A big thanks to Nathan Morris from NOVA breakfast fame, who bought along his family while he did the MC gig and made everyone chuckle as they tucked into their turkey and ham lunches.

I'll be asking for your help again next year, so be ready folks. Numbers were down this year, probably as a result of the federal government's $1,000 bonus payments allowing many families to spend Christmas in their own homes, but I reckon next year is going to be the big test.