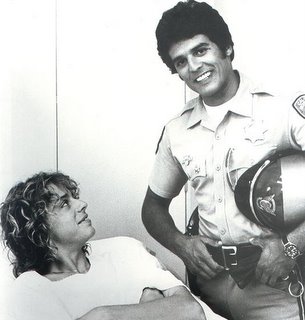 Chuck those Trax skateboards with the Super Juice wheels in the bin and say goodbye to the simple, long haired, flair wearing days of the seventies.

One of its idols (star of the 1978 hit film 'Skateboard'), Leif Garrett, has been banged up for fare evasion and posession of heroin. He's balding, bashed, bearded and altogether burned-out.

I found this great pic of the Leifster while browsing through the weird and wonderful world of Jack Lords' blog site - Leif, Eric and Jack all in one post, talk about a blast from the past!

http://nitrousburnout.blogspot.com/
Posted by Cookster at 5:57 pm

Hello, I have a fairly new website that has been online for about 8 months. I looked at alot of websites that are in my area asian home decor . I have done the internet MLM thing and really got disgusted at the whole thing. So my wife and I thought since we love horses we should build a website around that. We have done pretty good so far but I always want to improve. I didn;t realize it would be so time consuming though. But we love it and hope to improve and offer some of the best recourses and products available. Hence the search for content new products and information about what we have.

Thank you for your BLOG.