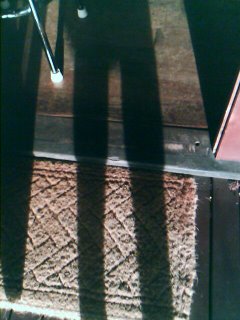 The mighty Freo Dockers dispatched their Demons quite literally on Friday night before the most vocal AFL crowd in the history of the game - well, at Subiaco Oval at least.

It was a solid win, but next week looms as the biggest test in the port club's 11-year history.

Will big bad Bazza Hall snap our rosy cheeked Bahai Luke in two? Will Josh Carr be seduced by sequins and the lure of the Gay Mardi Gras? Will the 75,000 people in the crowd realise that this is AFL and not that other game where blokes throw the ball around and jam their heads up each other's backsides?

Only time will tell, but for now the tinitis of 43,000 people belting out a throat scorching version of AC/DC's TNT reminds me that we're still in the hunt - just one more win...